One of the oldest farms in the Cowichan Valley, Keating Farm’s history can be traced back as far as the 1870s when the first farmhouse was established on the property by the family of Alexander and Ann Blyth.

In 1888, Andrew Keating, a wealthy businessman, purchased the small farmhouse from the Blyth family as a home for his wife and large family. This acquisition became part of the 4000 acres of land holdings the Keatings held in the Cowichan Valley.

Shortly after purchasing the farm, the Keatings doubled the size of the farmhouse presumably to better accommodate their large family. In 1894 they initiated a complete renovation of the farmhouse hiring architect John Gerhard Tiarks to design an English inspired “Great Hall” and dining area. At the same time a larger kitchen was added to the northwest corner of the house and the entire house was resided and re-roofed.

In 1901 Andrew Keating died tragically. Shortly after Keating’s death the family moved out of the Keating House before renting it to the MacAdam family. In 1919 the house and surrounding 30 acres of property were put up for sale. It was purchased by A.Complin who then leased it out for one year before farming it himself for a period of 22 years.

The property was again put up for sale in 1942 and was eventually purchased by Hugo and Wanda Tews who developed a small dairy and poultry operation. The Tews actively farmed the property for over 50 years. They made significant changes to the original layout of both Keating House, which they adapted to their own needs, and the farm property. The farm has 14 outbuildings, most of which were built by the Tews. Of these the dairy barn, built in 1949, is the most significant. 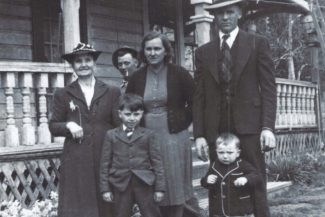 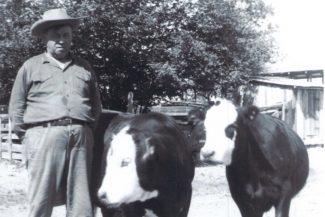 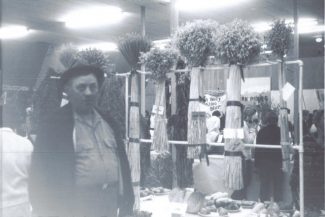 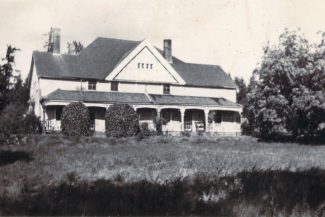 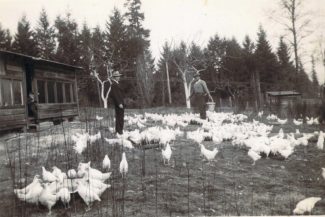 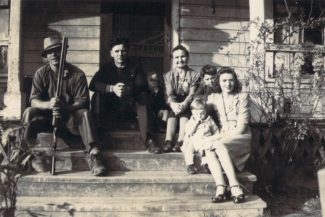 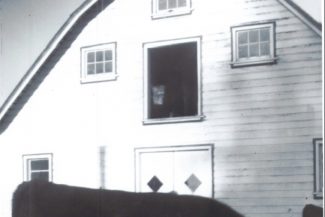 Click here for more historical photos in the Photo Gallery